A walk through the park... 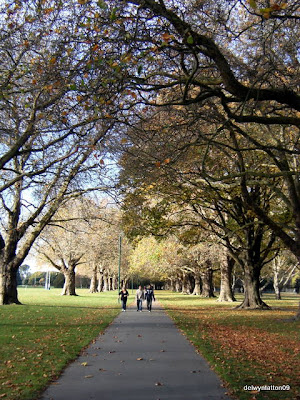 Today I am going to take you on a walk through Hagley Park retracing the bicycle ride I made each day on my way to and from High School. 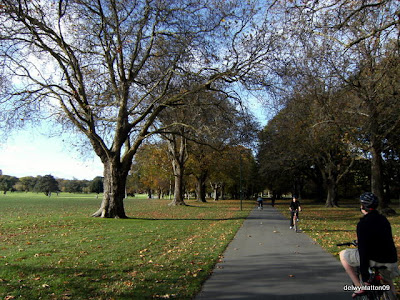 High School or College in New Zealand, consists of five years of study from the age of 13 through to 18, although at the time I went to High School most students left after only four years and began at Teachers' College, University, Nursing Training or joined the workforce. 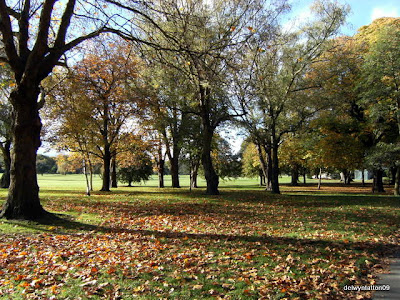 Hagley Park in the centre of the city of Christchurch
is a vast park of 165 hectares (407 acres) including
playing fields, tennis courts, netball courts, several lakes,
the most amazing botanical gardens (another 21 hectares)
and a small golf course.
Through the park meanders the Avon River. 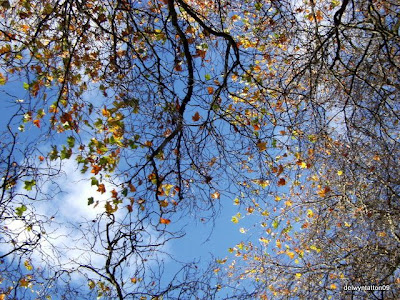 My ride to school, come rain, hail or shine took about forty
minutes. It was made quicker by this short cut through the park. 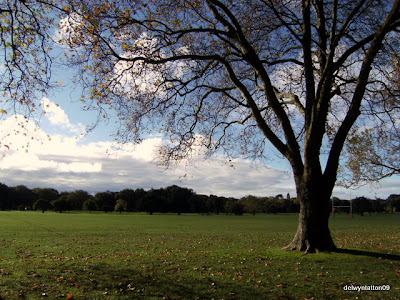 The Christchurch Botanical Gardens were established in 1863
with the planting of an English oak tree. They now include
beautiful horticultural displays, several conservatories
and memorials. 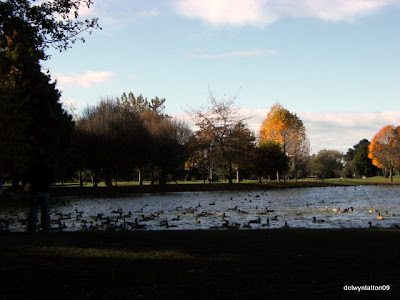 Tourists feeding the ducks and swans on one of the park lakes.
Hagley Park has been said to be the best city park in the world.

The city founders envisioned Christchurch as an English utopia in the South Pacific. They planned an orderly tiered society with an aristocracy and the Church of England as its head.
They named the city after an Oxford college, Christ Church and laid it out like an English city with a cathedral, University and boys' school, Christ's College - modeled on Eton. The school boys wore straw boaters in the 1960s - as did the girls at my school, and possibly still do. 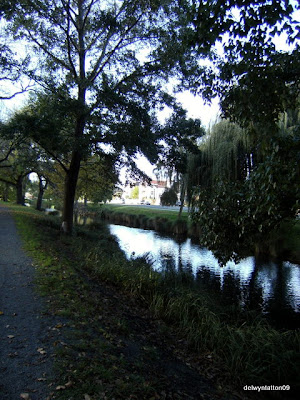 The gently flowing Avon is caressed by weeping willows
and populated by a great number of resident ducks.
Originally the river was named The Shakespeare
but was renamed after the Scottish Avon. 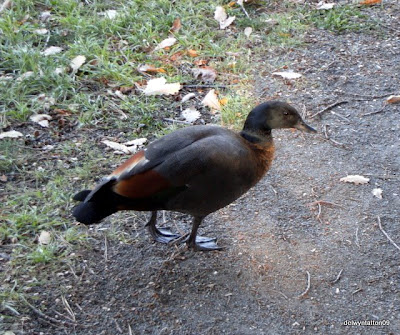 A handsome, but bashful friend I met on my walk.

The city Fathers need to be thanked for their foresight in
planning the city of Christchurch around such a
wonderful green haven of tranquility and beauty.