The Nakasendo Way ~ The Kiso Valley
We've got a long walk ahead of us today - about 22km. We leave from the 17th century Kaikokuya Inn at Hosokute - all of our gear has dried overnight in the drying room and we'll set off along the country roads passing through woodland and shady trees. 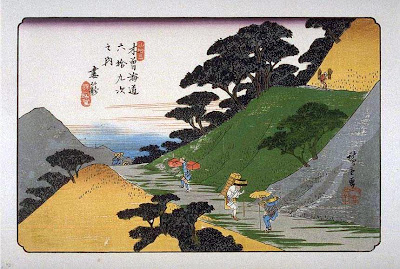 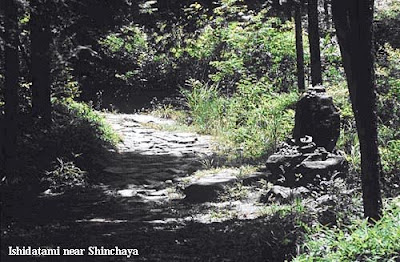 After turning off the paved road we descend along a stone paved path. This section of the Nakasendo is said to incorporate the longest continuous stretch of original stone paving - ishidatami in Japan. 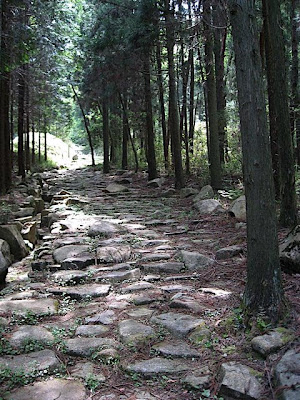 We take a gentle walk down to Okute, view the 1200 year old cedar tree and have our picnic lunch. 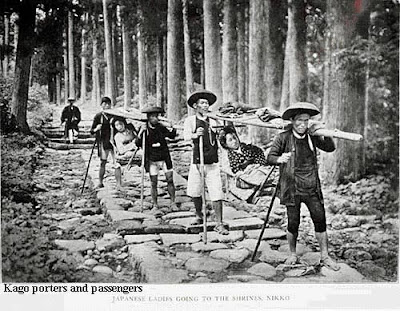 The kago or palanquin was a useful vehicle of transportation on the Nakasendo if you were a person of means. The coverings on the sides could drop down for to afford privacy and protection from the elements. 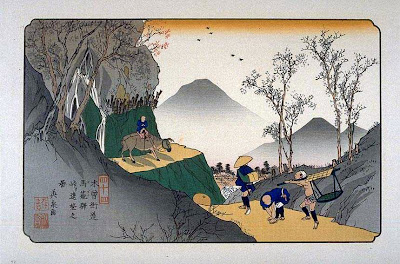 The Nakasendo is sometimes referred to as the Princess' Highway. Princess Kazunomiya, at age 16, was forced to leave the imperial court in Kyoto in 1862 to become the shogun's wife and live in Edo. She was carried by palanquin along the highway accompanied by a party of 10,000 minders- attendants, maids-in-waiting and a guard of samurai. (A party of 15,000 went to get her.) 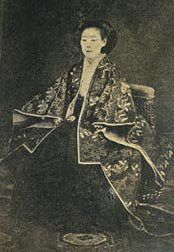 This vast train took three days to pass any one spot. It also put a huge strain on the post towns passed through as they were required to feed and house the party, provide horses, porters and men.
The day before the procession arrived the town had to provide 2500 porters and 200 horses and then 8000 men and 3000 horses were required on the day it was passing. The royal trip took 26 days to complete, whereas normally the highway would be covered in 21 days. 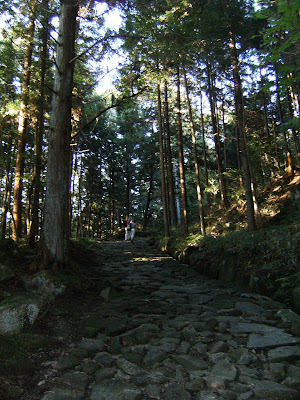 Men and animals would have to be drafted from neighbouring villages and peasant farmers were obliged to provide labour. 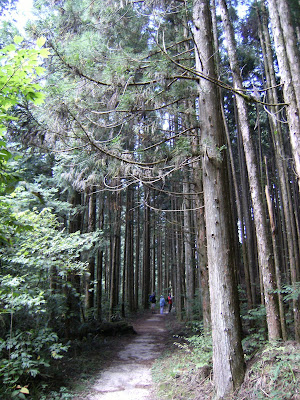 The Nakasendo now is a mix of bitumen pathways, forest paths, rugged rocky passes and small portions of ishidatami. 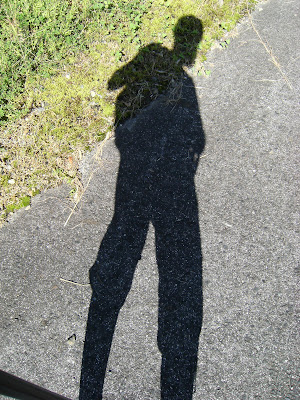 In the Edo period the road was reserved for official travel only. Travel was restricted to members of the samurai on official business, the shogun's officials and messengers , the lords or daimyos, a few foreign diplomats and the odd pilgrim. 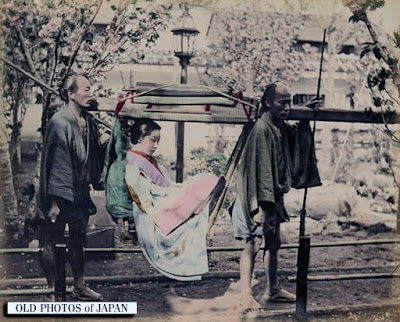 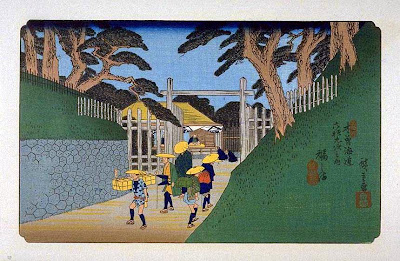 To ensure that the average commoner was not out on the roads the law was enforced by way of the barrier stations which screened all travellers. However as commerce developed over the Edo period there was a rise in the number of merchants and local traders who took advantage of the route. Villagers also devised a sponsored pilgrim scheme to enable at least some of their villagers to see the world beyond their village. 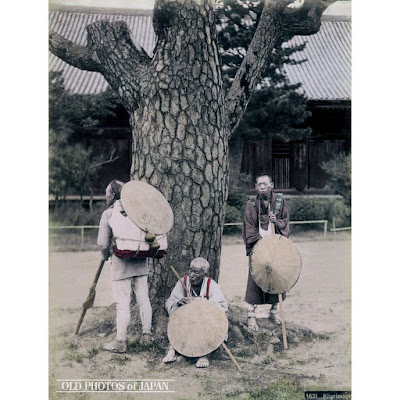 Pilgrims
During the Edo period the shogunate initiated a policy of alternate residence duty for the provincial Lords - daimyos. For six to twelve months the Lord lived in Edo at court separated from his family, and then for the next six to twelve months he resided in his own castle. However wherever he was - his family was not... Sankin Kotai was designed to eliminate the possibility of a Lord accumulating wealth or influence and becoming a threat to the shogun. In order to maintain a level of respectability befitting his class the daimyo must travel with a considerable retinue of servants, guards, aids and advisers. This regular shuffle between Edo and outlying castle properties and the maintenance of two properties ensured that the daimyos spent at least 25% of their nett revenue on costs.
To avoid pressure on the highway system the travel of the daimyos was carefully scheduled. The policy of sankin kotai contributed to the growth of Edo which in 1700 became the world's largest city with a population of over one million people.

After traversing the thirteen passes, Jusan-toge, along picturesque ridges with distant views of the mountains, we arrive in the small city of Ena home to the Hiroshige museum, where next morning we view some of the prints in the series of wood block prints that Hiroshige was commissioned to make of the Nakasendo Way and try our hand at woodblock printing. 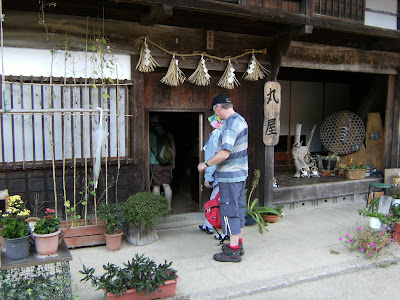 The inn at O-tsumago, a quaint hamlet on the outskirts of Magome post town , had a front entry opening of barely five feet in height. Perhaps this was to slow down unwelcome guests. Nakasendo towns often had multiple dog-leg bends in the approach road in order to slow the advance of invading hostile armies.

Through the front door, inside the dark living space, the fire burned in an open grate as it had done for over a hundred years. With the absence of a chimney the wooden interior walls had developed, over successive generations, a mellow amber glow. 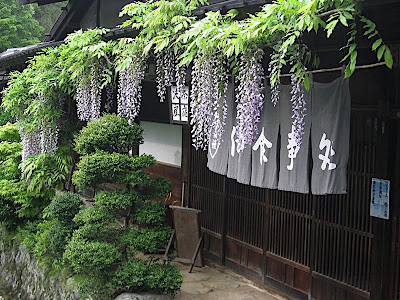 The nearby town of Magome was a town attractive to tourists but balanced precariously on that fine line between authentic restoration and conservation- and Disney replication. 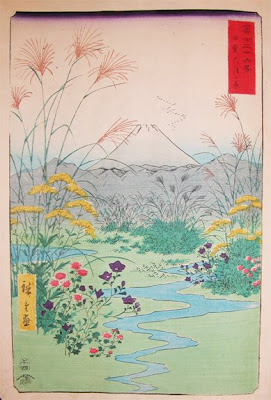