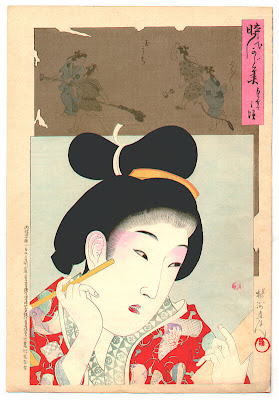 We have one last thing to do before we head off on the Nakasendo Walk.

We have arranged to spend the day with Johnny Hillwalker, aka Hajimi Hirooka.
Johnny Hillwalker is going to guide us around the inner city of Kyoto so that we can learn more about the culture, the history and the artisans for which this town is famous. 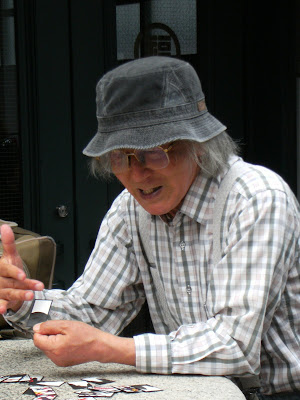 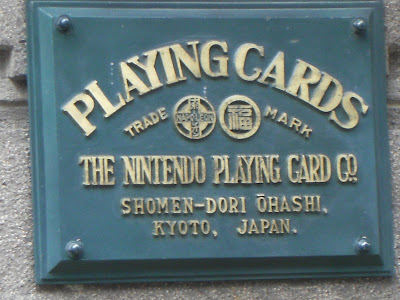 Here he is telling us about the origins of the Nintendo company which began with the manufacture of playing cards like this one here that Johnny gave me. 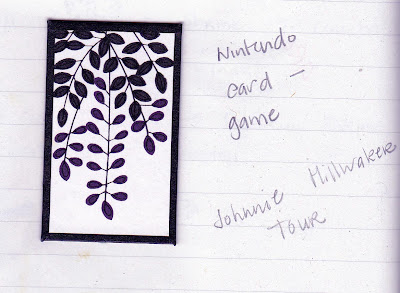 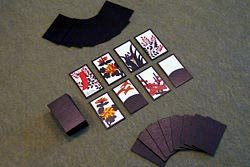 In 1889, Fusajiro Yamauchi founded Nintendo Koppai for the purposes of producing and selling hand-crafted Hanafuda cards painted on mulberry tree bark. Though it took a while to catch on, soon the Yakuza began using Hanafuda cards in their gambling parlors, and card games became popular in Japan again.

Nintendo is also the majority owner of the Seattle Mariners, a Major League Baseball team in Seattle. 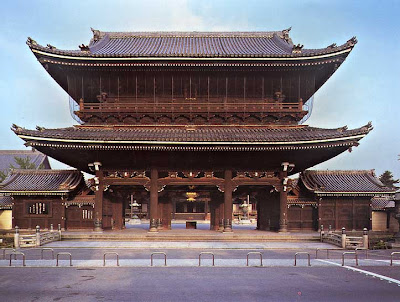 The entrance gate to the Higashi Honganji Temple

Johnny's walk begins at the Higashi Honganji Temple, that other LARGE BUILDING that I made reference to last walk. This temple has only recently re-opened after the entire tile roof was replaced. The previous 59,387 tiles were too heavy for the roof structure to support and the roof had become a safety issue. 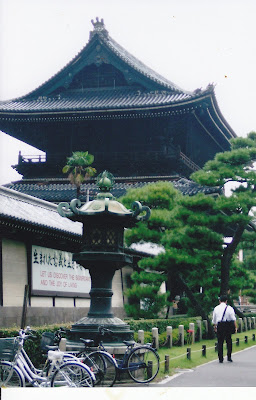 In a new underground extension to the temple I noticed a plaque on the wall saying:

All the things
we've taken for granted
are,
upon reflection,
wonderfully perfect. 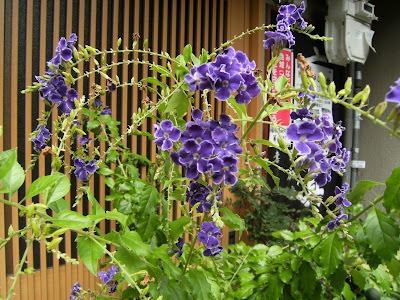 Johnny's walk took us to a bead making store, a fan maker, a shinto shrine and cemetery, the old geisha tea house area and all along the way my camera found beautiful flowers to capture. 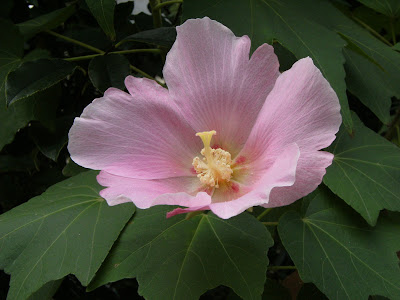 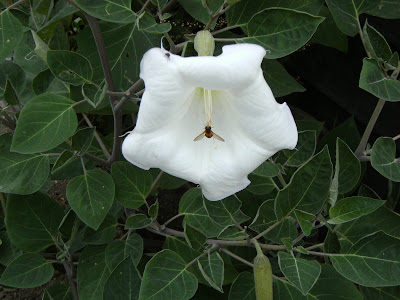 How reluctantly
the bee emerges from deep
within the peony 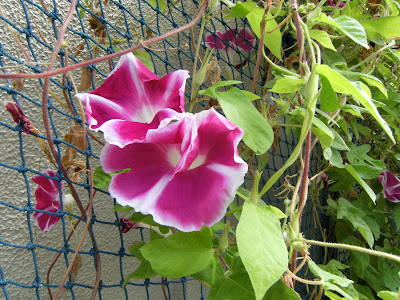 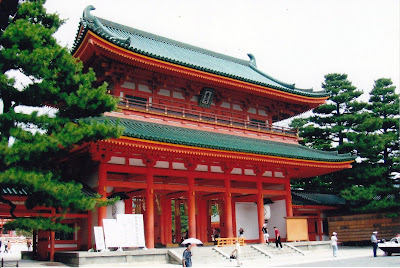 Now we can't leave Kyoto without a quick glimpse at the wonderful garden
behind the Heian shrine. 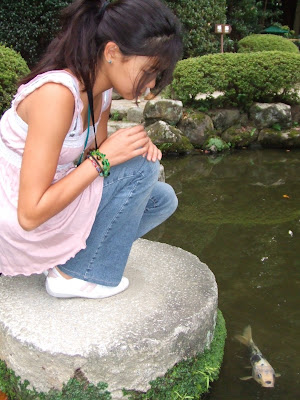 But we must take extra care when crossing these stepping stones. 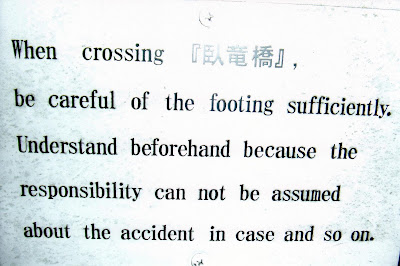 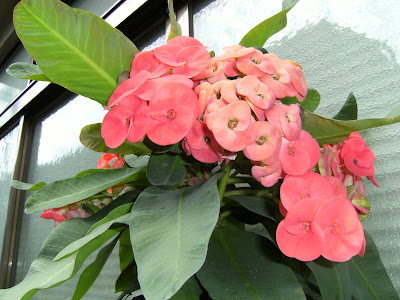 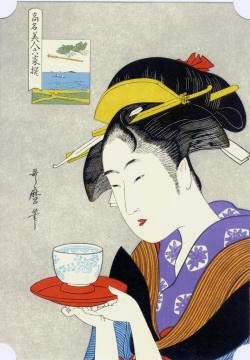 Now it's time to have a refreshing cup of green tea... 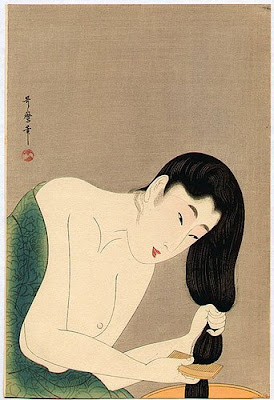 to wash our hair 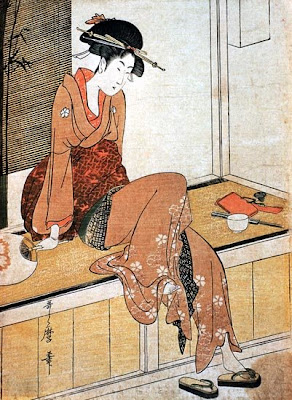 and have a good rest

because next time we begin walking The Nakasendo Way in earnest. 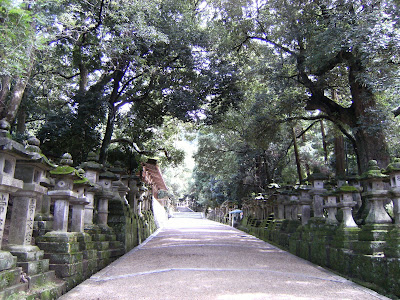 And we have a long road ahead of us.