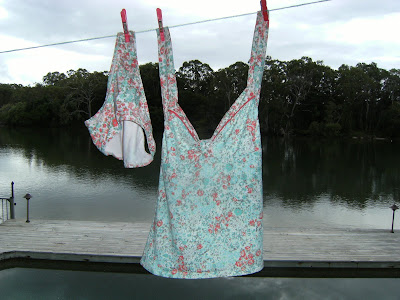 After posting the picture of ANZAC bikkies yesterday I was musing on the endearing habit of Australians ( oh, ok, New Zealanders too) to shorten well used nouns. So here we have my cossie out to dry. Cossie rhymes with mozzie, that ubiquitous little critter that sucks your blood and spreads Dengue fever in the Northern Territory. 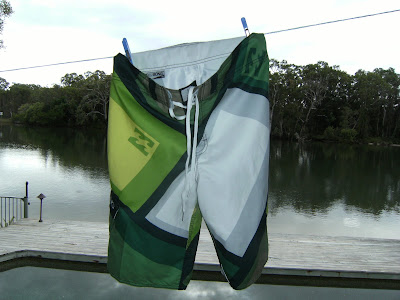 And then we have his boardies. 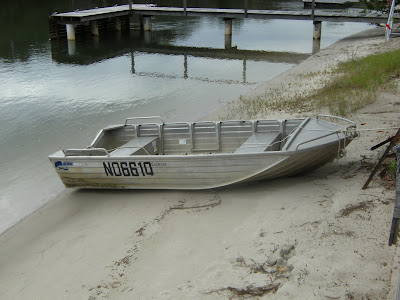 And the tinnie on the beach. A tinnie can also refer to a can of beer. 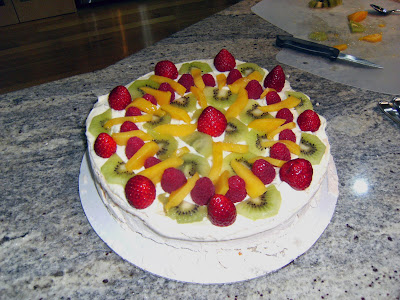 One of the most delicious diminutives would have to be the pav. The pavlova's origins are hottly disputed across the Tasman but there is some consensus that the dessert was created to honour the tour of Russian ballet dancer Anna Pavlova, either in the 1920s or 1930s.
The earliest record of a pav appears in 'The Rangiora Mothers' Union Cookery Book' of 1933.
A good pav is crispy, crunchy on the outside and fluffy in the inside and can be decorated with any fruit in season, but is especially good with kiwi fruit or raspberries, mango and strawberries.
.